Serval Mesh is the Serval Project’s flagship product. It is a free and open-source app for Android 2.2 “Froyo” and later, under continuous development. The latest official release of the Serval Mesh app is freely available from Google Play. 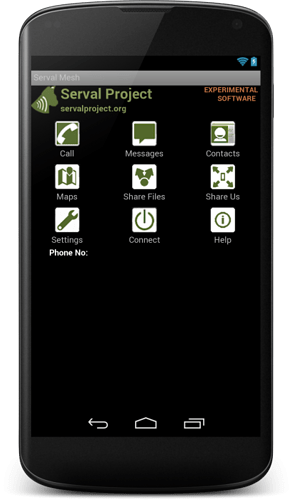